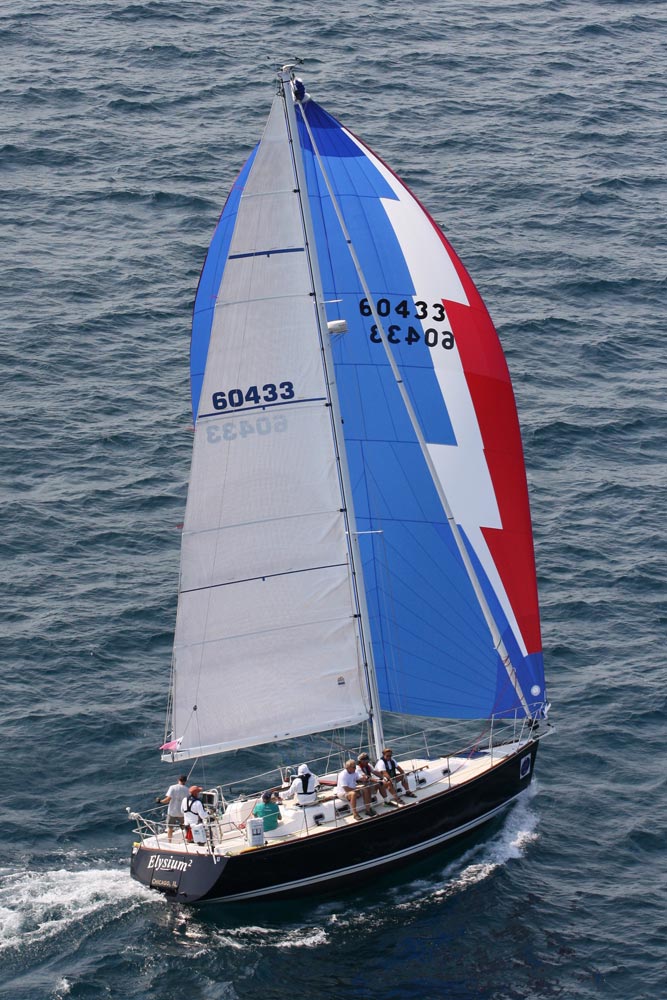 Elysium 2 owned by Fred Bally.  2nd Place 2014 ORR Great Lakes Series Championship.Over the years, many measurement-based rating systems have been developed, each trying to make improvements so that fairer handicapping was achieved. Measurement ratings expanded with the advent of Velocity Prediction Programs (VPP). AMERICAP was created in the mid-1990s for use in the USA and was specifically geared towards cruiser-racer sailing programs, as opposed to those used for grand prix style racing. An important component of AMERICAP was the use of a non-public VPP. This means that algorithms inside the VPP are not available to the public which helps slow the attempts to optimize to the rule – creating a much more level playing field for cruiser-racers using diverse designs across different regions. Several years ago, US Sailing adopted a policy of being “rule-neutral,” and subsequently, the Offshore Racing Association was established.

In 2004, three major yacht clubs – The Chicago Yacht Club, the Cruising Club of America and the Transpacific Yacht Club – joined forces in an alliance called the Offshore Racing Association (ORA). The ORA was formed to promote and support the use of VPP-based handicapping and develop a new measurement-based rating rule that provides the fairest handicapping possible. The ORA and ORR maintained one of the key aspects of AMERICAP, the use of a non-public VPP. This new rule, the Offshore Racing Rule (ORR), was first used in the 2006 racing season.

The Offshore Racing Association consists of a Board of Directors and Technical Advisors all of whom are dedicated to the sport of sailing. Racers from around the globe, naval architects, sailmakers and race organizers all help guide the ongoing and future development of ORA and the ORR.

US SAILING continues to provide certified measurers and certificate processing through the Offshore Office.