ORR or ORR-Ez? Which Handicapping Rule is Right for Your Event?

A guide for organizing authorities and race committees when choosing rating rules. 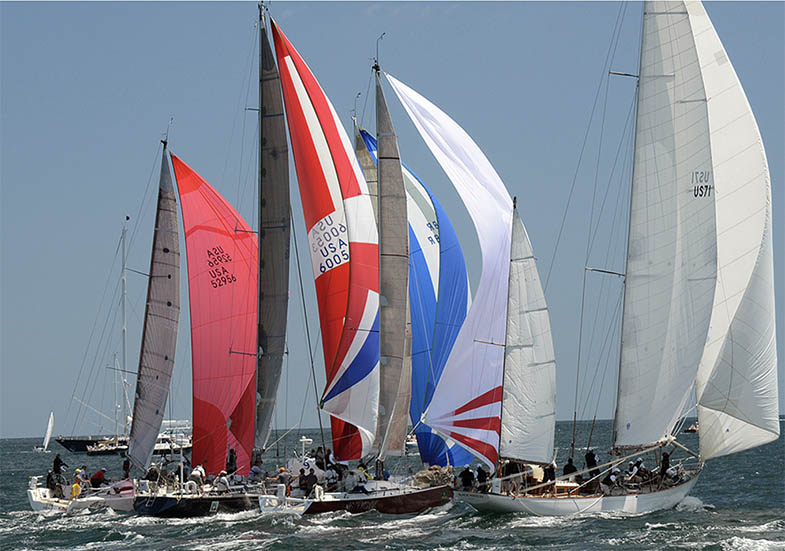 If you are responsible for organizing a sailboat race or regatta for boats of varying speeds and design, you need to use a handicapping rule to fairly score the racing. At the Offshore Racing Association, we’re commonly asked which of our two popular rules should be used – ORR or ORR-Ez? Let’s start by summarizing the rules.

What is ORR?
ORR is a measurement rule that accounts for various speed-affecting factors such as displacement, draft, stability, propeller drag, sail plan and sail inventory. All of these items are professionally measured. All are processed through the ORA’s Velocity Prediction Program (VPP), yielding predicted speeds and different ratings for different uses. The cost is higher, but there is much higher confidence in the ratings. ORR is a pure measurement rule and no subjective factors are allowed. Lastly, with professional data, rating protests are easier to resolve.

ORR-Ez takes all of these same things into account, but allows lower-cost owner-declared measurements in place of professional measurements. For designs where designer lines are no longer available, the Ez team will approximate a hull shape. The same VPP is used. However, for ORR-Ez, if the predicted speeds appear either too fast or too slow, the ORR-Ez administrators may apply subjective factors to adjust the predicted speeds as needed. Because ORR-Ez allows owner-declared measurement, costs are much lower.

Which rule should we choose for our race?

The answer of course is, “It depends.” ORR is more accurate; ORR-Ez is more accessible. Here’s our best advice to organizing authorities considering the question:

If you manage a prestigious event with long-established trophies, our experience is that you should probably consider a measurement rule such as ORR. This is especially the case if competitors are likely to spend significant amounts on sails, boat prep, travel, crew expenses, etc, and where, the higher cost of a professionally measured ORR certificate is relatively small as a percentage of the entire event cost.

For sailing regattas and distance races where minimizing costs and maximizing entries are more important than the highest accuracy ratings, organizing authorities should consider a lower-cost “Owner Declared” data rule, such as ORR-Ez.

What other factors should be considered?

Leaders of race-organizing authorities should consider these guidelines as to what boats can race under each rule:

Would PHRF be a better option than ORR-Ez?

PHRF handicaps are developed from a combination of long-term observed performance, overlay formulas for boat modifications, and the local PHRF handicapping board. This system has strong points, but with the modern science available on sailboat performance, a rule like ORR-Ez offers several advantages as a viable low-cost choice. Perhaps the chief value of PHRF is the familiarity competitors and race committees have with the system, and if the satisfaction level is high, there’s little point in making a shift.

Editor’s Note: A more detailed comparison of these rules will be the subject of another article.

ORR should be considered for…

2. events with a long history of quality competition;

3. events where the cost of professional measurement is a relatively small percentage of the total cost of preparing and competing in the event;

4. events where there is a desire to reduce errors in the ratings, either inadvertently, or in an extremely small number of cases, intentional;

5. events where entrant wants highest confidence in his rating and that of his competitors.

ORR-Ez should be considered for…

1. events in which maximum participation is most important and some rating inaccuracies can be tolerated;

2. inexpensive events to enter where the cost of measurement is not justified for the cost of participating in the event;

3. events where the participants are not willing to pay for the benefits of professional measurement;

4. events with not enough boats for two classes, in which case ORR-Ez is strongly recommended:

Note: At the Offshore Racing Association, we consider ORR to be the preferred system for accuracy. We only suggest ORR-Ez when cost is a controlling factor.

Bill Lee designed and built early '70s Transpac winners Chutzpah and Merlin, and the successful series of Santa Cruz models ranging from 27 to 70 feet. Bill is a staff commodore of the TransPacific Yacht Club and is a board member of the Offshore Racing Association. 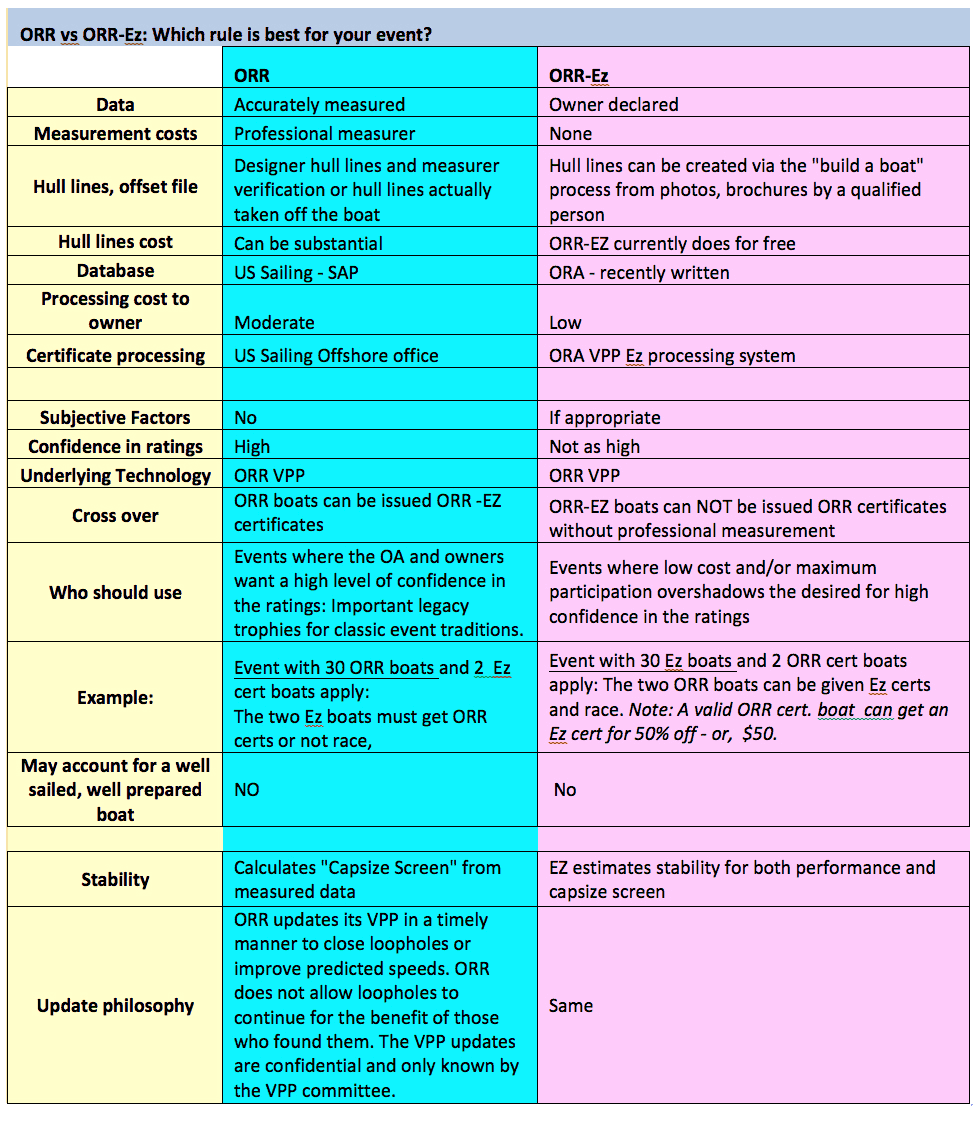