Collaborative research by the Offshore Racing Association with organizers of Bermuda races from Marion and Newport will use computer-modeled wind records known as H0 (Zero) GRIB files to enhance handicapping methodologies for future Bermuda and other races.

The Offshore Racing Association has announced the launch of a 2019 research study called “The ORA H-Zero Handicap Analysis,” a multi-part project with the Marion Bermuda Cruising Yacht Race Association (MBCYRA) and Newport Bermuda Race Organizing Committee (BROC). The research is led by ORA Technical Director James Teeters and initial funding has been secured.

The purpose of the study is to use existing computer-modeled wind records called H0 (Zero) GRIB files to extract a summary of wind conditions that boats would have experienced in each part of a past race and use the data to enhance current scoring methodologies. Funding commitments in place to date come from the MBCYRA, the Cruising Club of America (co-sponsor of the Newport Bermuda Race), and individual donors within the CCA. 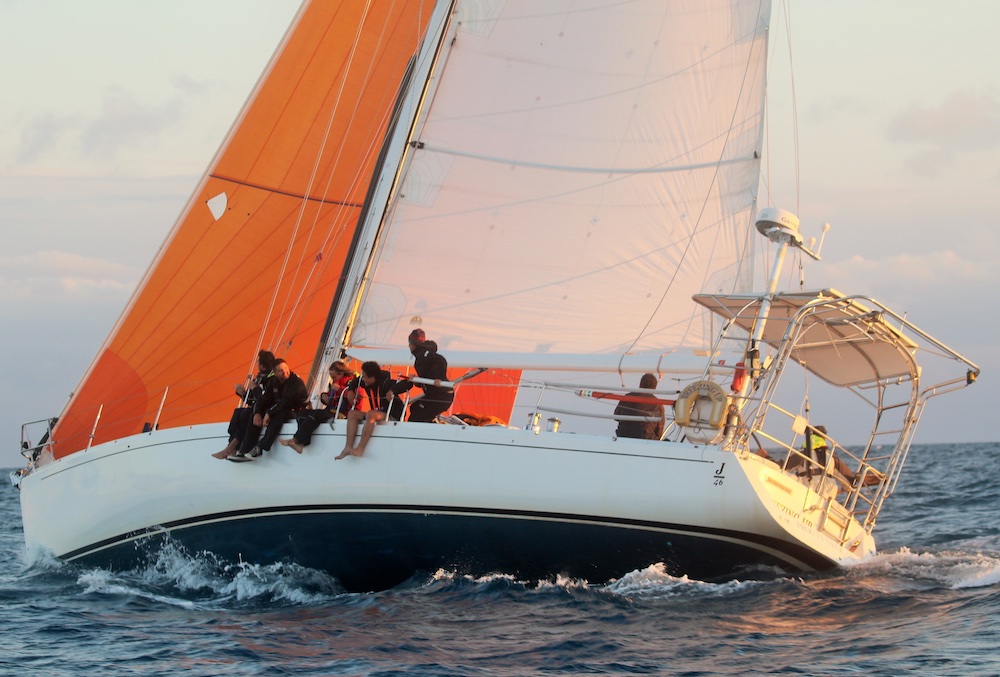 Breezing Up, CCA Commodore Brad Willauer's J/46, finishes the 2018 Newport Bermuda Race. The boat is a good example of the cruiser/racer style design that is common both Marion and Newport race fleets. Nic Douglass/Adventuresofasailorgirl.com photo

Last year, Teeters collaborated on a study with the MBCYRA, providing a means of more fairly handicapping the race when light-wind conditions dramatically slow the fleet in the middle of the race. In Phase 1 of the 2019 H-Zero Handicap Analysis, the ORA will monitor the 2019 race from Marion and critique the initial work, suggesting further improvements.

In Phase 2, the ORA will conduct test scoring of the actual Marion to Bermuda Race using the H0 wind records, running competing boats through an optimal routing program to compare a boat’s elapsed time against the theoretical best elapsed time it could have achieved with a perfect race. This means that a boat is scored against itself given the conditions that existed on the racecourse.  MBCYRA organizers plan to run this as a scoring experiment (without awarding prizes) and then evaluate the results.

In Phase 3, ORA research will retrieve H0 wind records of several past races to Bermuda, run a representative fleet of boats through optimal routing, and compile a table of the combinations of wind angles and wind speeds experienced. The Newport Bermuda Race organizers will use that analysis to consider fine-tuning the assumptions in the Performance Curve Scoring (PCS) system used for the 2020 Newport Bermuda Race. 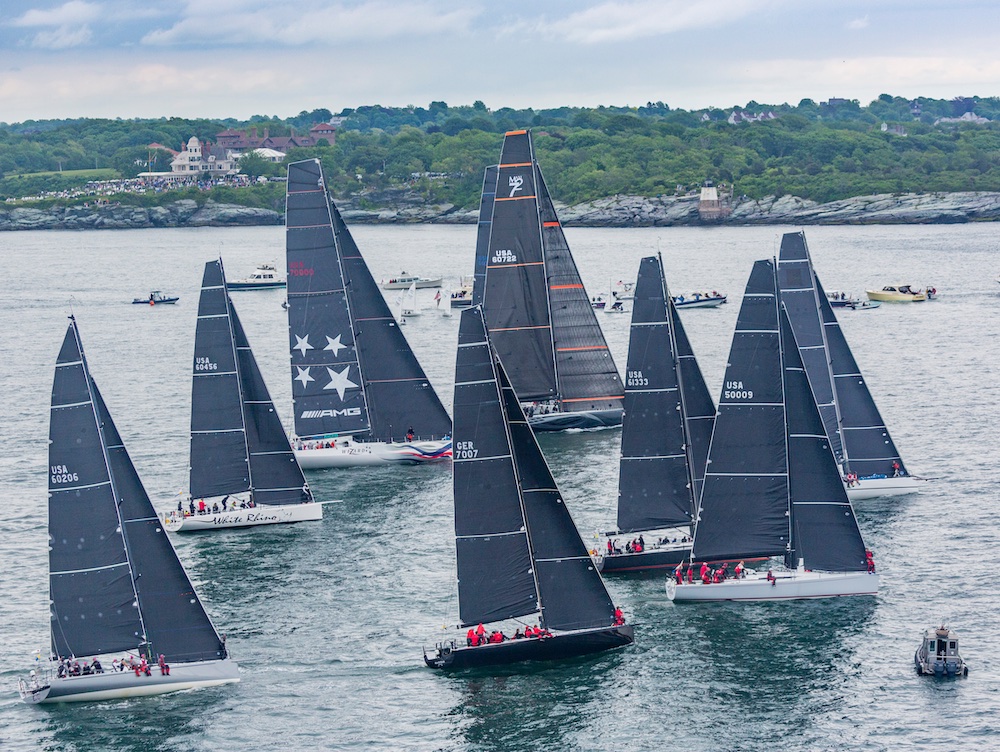 Based on a velocity prediction program, the Offshore Rating Rule handicaps cruisers and all-out racers such as in this Gibbs Hill Lighthouse Division fleet at the start of the 2018 Newport Bermuda Race. Daniel Forster photo

The ORA H-Zero Handicap Analysis aligns with the ORA’s mission to promote sailors’ enjoyment of the sport by improving current rating rules. Other study participants and additional research phases may be announced in coming months.

The Offshore Racing Association is a non-profit organization based in Newport, RI. Its family of rating rules — ORR, ORR-Ez, and ORR-Mh (multihull) — are based on a proprietary velocity prediction program the ORA developed, owns and maintains.