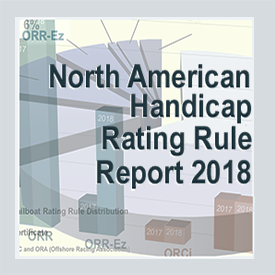 Ratings based on velocity prediction programs are gaining advocates across North America. Here are the numbers.

The total number of boats with rating certificates derived from measurements and a velocity prediction program is on the rise in North America. As our end-of-year survey proved, the market is moving, and the team at the Offshore Racing Association (ORA) is encouraging that move.

Note that for the purposes of this survey, we have included the single-number rating rule, IRC, which is not a VPP-based rule but in many areas competes for market share with current VPP-based rules. Note also that the ORA owns and manages three VPP-based rules—Offshore Racing Rule (ORR), ORR-Ez, and ORR-Mh (multihull).

Reviewing the published 2018 data from the groups managing the IRC, ORCi, and ORC Club, as well as the ORR and ORR-Ez, shows that 1,543 certificates were issued to boats in North America last year. This is an increase of about 400 compared to 2017, a 35-percent lift, and is the result of growth in three of the five rules surveyed. 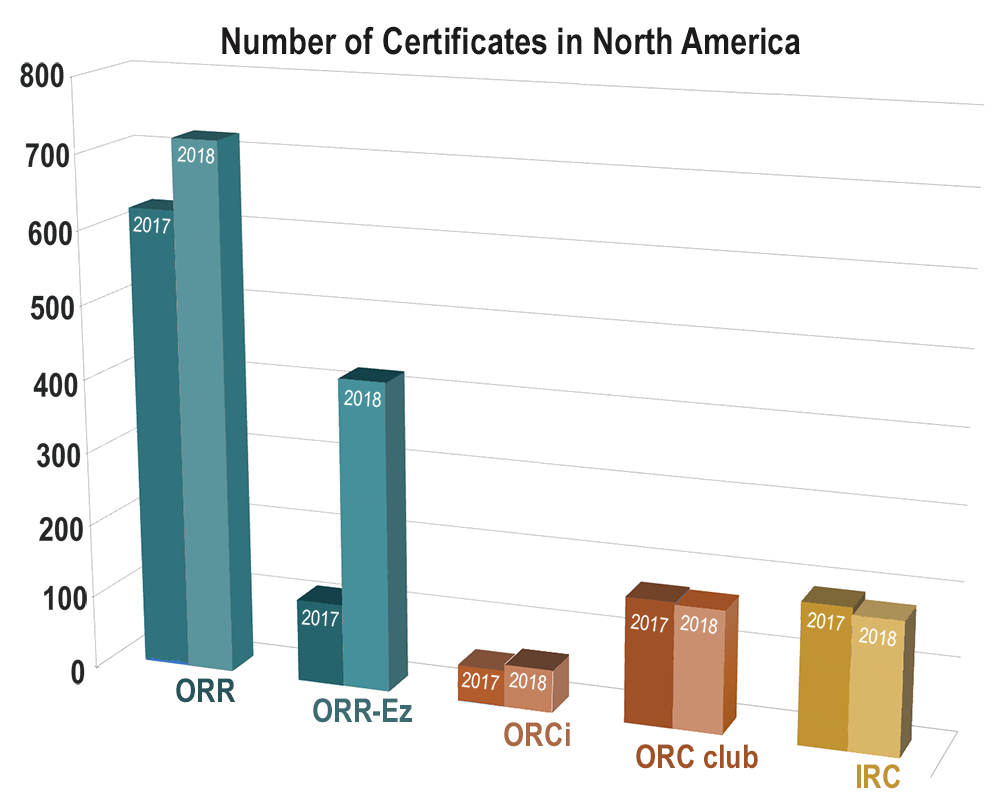 The number of boats that were fully measured and rated increased incrementally, with 720 boats obtaining ORR certificates, and 58 boats with ORCi certificates. For the most part, the organizing authorities running major distance races and regattas on the West and East Coasts and on the Great Lakes continued to use the same rules as previously.

Where significant growth occurred was in the promotion of new rules, ORR-Ez and ORC Club, both of which use the proprietary velocity prediction program (VPP) of their fully measured rule (ORCi and ORR) but without requiring full measurement of the boats. This middle ground of improved handicapping and scoring for multiple windspeeds appeals to many organizing authorities that have had difficulties equalizing the racing with a single-number rule like PHRF.

ORC Club was actually level across the two years with 169 certificates in 2017 and 166 in 2018, but a significant drop in reported certificates in Canada, from 78 to 46 certificates, was offset by equally significant growth in the U.S., from 91 to 121 certificates. The latter has been boosted by adoption at events such as Charleston Race Week.

ORR-Ez has yet to reach Canada, but climbed from 112 to 420 certificates with significant growth in areas like the Chesapeake Bay, where ORR-Ez had already grown in 2016 and 2017, and even greater growth where an entire region, such as Massachusetts Bay, embraced the rule.

The rule that showed little movement from 2017 to 2018 was the IRC rule, which is a single-number European-based rule with 26 boats in Canada and 153 in the U.S. However, with the IRC/ORC World Championship being held in Newport, R.I. in 2020, it could well see growth in the year ahead.

In the larger context of handicap racing in the U.S., we estimate that there are roughly 16,000 PHRF and ARC certificates issued each year. The latter are “assigned ratings” typically provided by organizing authorities to cruiser/racers who want to do a single race or a series of races and are in it simply for the fun of participating, at least initially. Of all those PHRF and ARC certificates, we estimate a third of the boats race in more intensive events outside of casual evening races that might adopt a VPP or other measurement rule in the future. 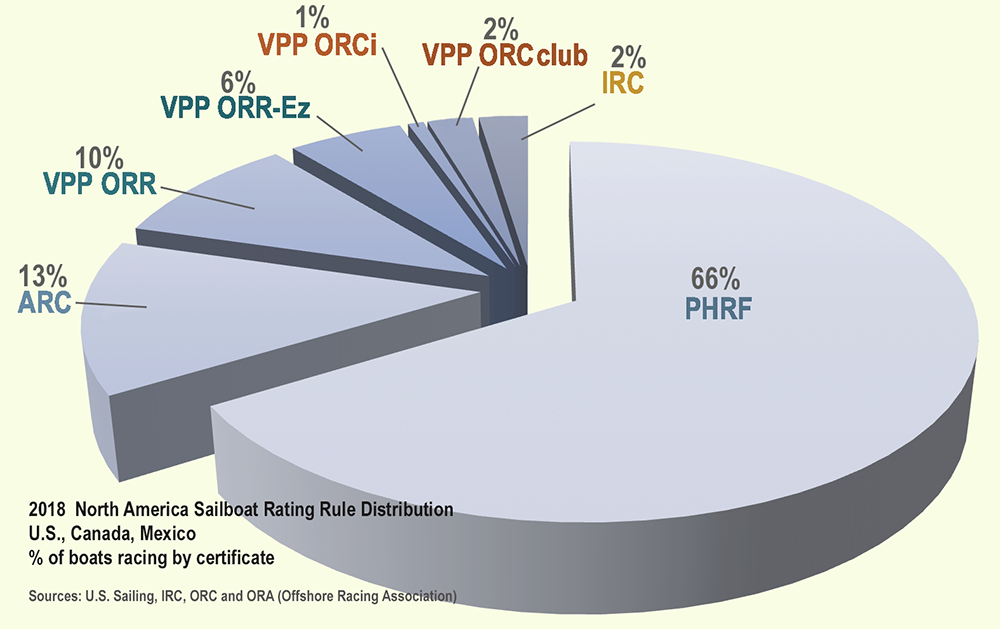 Our pie chart reflects this segment of the market and shows that even if we assume only the top third of those with PHRF certificates are engaged to the level that they want more equitable ratings, they still represent three-quarters of the U.S. handicap racing market. As we look toward 2019, we expect a collective increase in market share for all of the rules beginning in “O” — especially ORR-Ez and ORC Club, which offer multiple ratings for different course configurations and wind strengths. No doubt, however, PHRF will remain the leader. We’ll report back later this year and let you know what we’re seeing.