This is the third in a series of studies in which selected races and series are "dual-scored" with the ORR-Ez rating rule. We’ll review the data and make evaluations based on results, conditions and course configurations. Comments and questions are welcome. 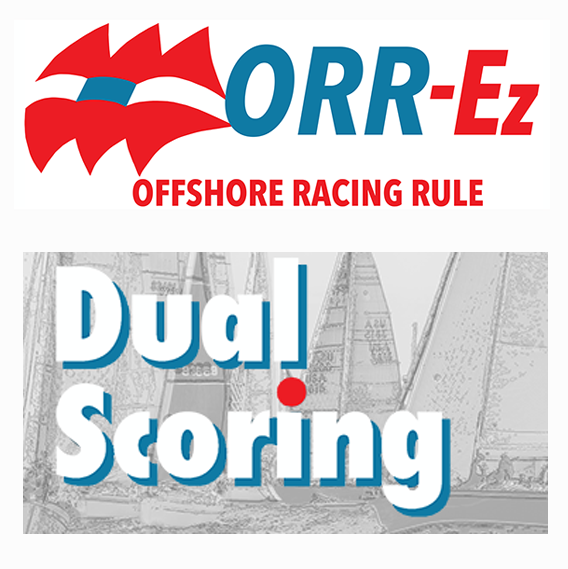 The Series:  This week we'll take a look at the New Orleans Yacht Club’s Wednesday Night series, the  "LPWSA/Sala Restaurant & Bar Twilight Racing Series," after 4 of the 5 races scheduled for this first series.

The dual score: Here we present scoring under PHRF ToD (Time on Distance) and then scoring with ORR-Ez ratings, using the "rating set" for the windspeeds and course configurations relevant for each of the four races.

We’re now deep enough into a race series that we can take a look at the dual-scoring numbers and make some observations. One component of this analysis that makes it interesting is the fact that these four races were sailed in a wide range of conditions, from very light air to heavy. So we’ll take a look at how the two scoring programs dealt with these variables.

One thing we talk to race organizers about is how classes are designated within the clubs. Is “SPIN A” a good place to fit two boats who share the same rating, but may be on opposite ends of the spectrum when it comes to displacement? The VPP ratings are based more on the assumption they will be used for long-course events, rather than weeknight around-the-buoys short course events. So, in doing this analysis, we’ve created an alternate “class” based more on displacement and “Peformance Screen” metrics. This is designated in light green, above. Thus, you’ll find the Viper 640 and Melges 24 in our made-up “class 1,” and the J27s and J92s in “class 2” along with some of the other, heavier boats.

Unlike our prior analysis of individual races, where we looked at Seconds Per Mile behind the leader and demonstrated huge improvements using ORR-Ez for a vast majority of the NOYC boats, we will be looking at the average “Place,” e.g., the relative average position each boat finished for the four races, shown in the column in blue.

We’ll be back with further looks at this first NOYC series, shortly, after we have a go at the Race 5 data, and that will complete the scoring for this set of races.

However, it’s become clear that: races scored with a robust VPP product are closer, more competitive, and include opportunities for any boat to score higher in a series.